My Week in Hawaii with Arden Cho

A few weeks ago I traveled to Hawaii on a business trip. My original intention was just to visit our retail locations in the area, but a nice little coincidence led me to meet with actress and musician Arden Cho.  We had agreed to cosponsor her Aloha Summer Concert series and a music video during the same week, so it seemed like the perfect opportunity to meet her.

I’ve been watching Arden closely for almost a year now. Aside from her role on Teen Wolf, she also appeared as a guest star on Hawaii Five-0 and has a number of other roles in both live action productions and voice over.  She caught my attention because she has a very positive public image and a strong presence on social media, so I always thought she would be the right type of Asian celebrity to represent our frames. 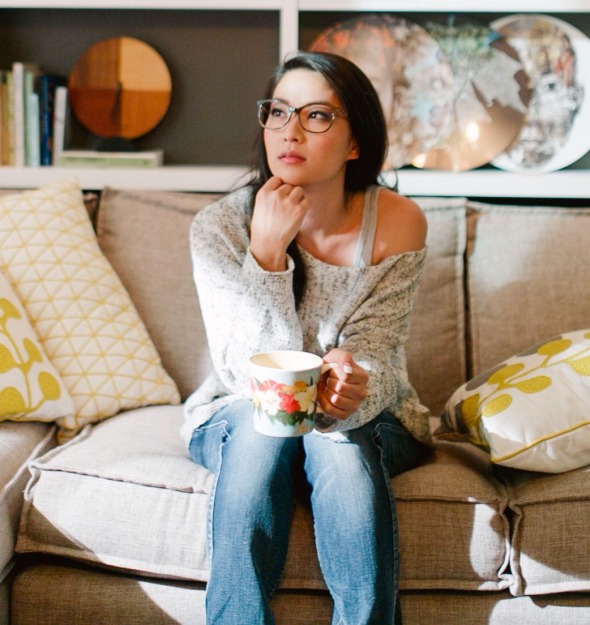 We had brunch at the Kahala Mandarin Hotel, and when we met I was immediately enchanted. She is a sweet, charming young woman with a strong, but quiet confidence. We had a wonderfully pleasant conversation while I fit her in some of our frames, and I’m pleased to say that she looks fabulous in them.

Unfortunately, there was a bit of a hiccup with the music video. The location, a beautiful run down building, was no longer available. So instead, we agreed to create a video for her Youtube channel to promote the concert. The video featured a number of scenes with her wearing our frames while her songs played in the background. I was quite impressed with the professionalism of the crew she assembled locally, and the video, needless to say, came out beautifully.

The VIP ticket holders of the concert got to attend a BBQ house party with Arden at an ocean front property just outside of Honolulu. During the party, I was able to witness firsthand how sweet and warm she is to her fans who were clearly ecstatic to be able to meet her.

That same night, I attended her concert, and it was an absolute blast. She sang a lot of covers but also has an impressive repertoire of original songs that she has written over the years. As a music lover, I love the idea of being a part of her entrance into the music industry, and I believe that she will eventually make a big impact using this medium for her artistic expression.

I may not be in the target demographic of Teen Wolf, but I am a huge fan of her talents. It’s clear that she has earned her place as one of the few Asian actors playing an important role in the mainstream American entertainment industry.  I truly feel that there needs to be more Asian celebrities like her in the public eye, especially those that can inspire the younger generation of Asian Americans to do the same.

My experience with Arden Cho has been something I will cherish for many years to come. I’m looking forward to the next time we can collaborate on a project together.

Asians all across the land, I know you’ve probably got a happening thing going on tonight for the 4th…but while you’re resting your feet somewhere drinking a spritzer, tune into the debut of the A-Style, a reality show shot in NYC featuring Asian Americans who didn’t listen to their moms and dads to become lawyers and doctors. We’re talking about Asian Americans striving to make it in show biz.

Talented in their own ways, each of these Asian American faces want to make it in show biz. Let’s stand up and cheer them on. We’re still so under represented out there.